Pakistan last staged an ICC event in 1996 when they co-hosted the 50-over World Cup with India and Sri Lanka, but the country has been largely starved of international cricket since the 2009 attack on the touring Sri Lanka team bus in Lahore. 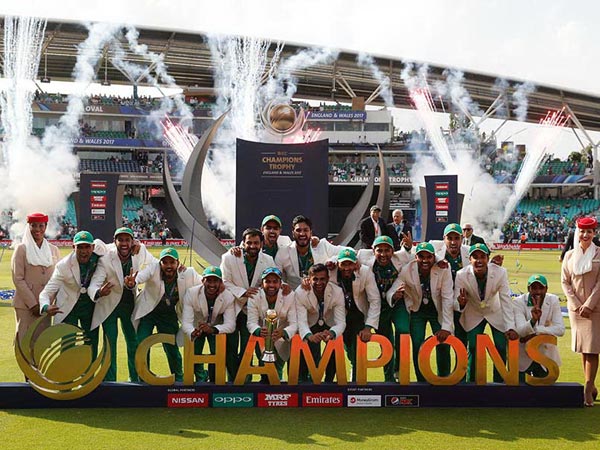 Pakistan will host the Champions Trophy in 2025, the ICC said in a statement.

The development came as the ICC confirmed the 14 host countries of ICC men’s white-ball events from 2024-2031.

The USA and Namibia will host an ICC World Cup event for the first time. Meanwhile, Australia, Bangladesh, England, Ireland, India, New Zealand, Pakistan, Scotland, South Africa, Sri Lanka, West Indies, and Zimbabwe have previously staged major events and will do so again over the next decade.

The hosts were selected via a competitive bidding process overseen by a Board sub-committee chaired by Martin Snedden along with Sourav Ganguly and Ricky Skerritt.

The ICC board accepted the recommendations of the committee who conducted a thorough review of each bid along with ICC management.

A similar process to identify the hosts for ICC Women’s and U19s events for the next cycle will be undertaken early next year. 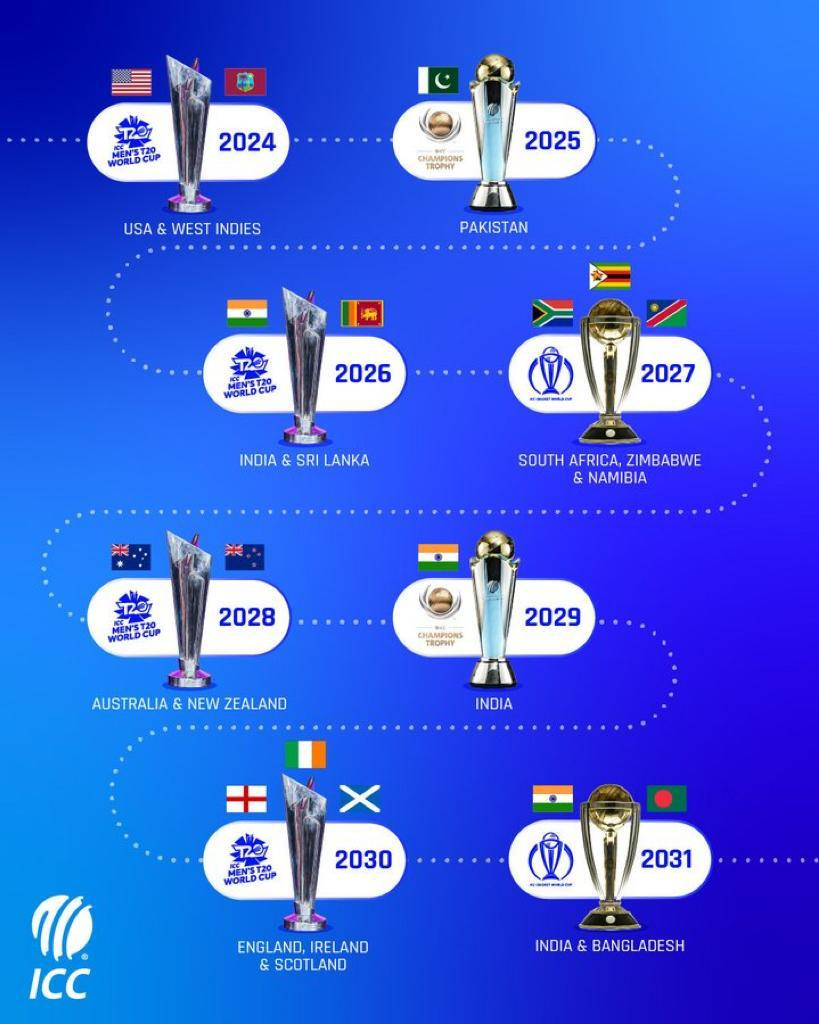 The hosts and years

Hosts of 50-over World Cup

In response, Pakistan Cricket Board (PCB) Chairman Ramiz Raja thanked the ICC for awarding the ICC Champions Trophy 2025 to Pakistan, saying the event will showcase Pakistan’s passion for the sport, a statement from the PCB said.

The ICC Board’s decision means Pakistan will defend the ICC Champions Trophy title in their backyard when the eight-team and 15-match tournament is held at three iconic venues in February 2025. Pakistan had defeated India by 180 runs in the 2017 tournament at The Oval.

“I am pleased no-end with the ICC’s decision to select Pakistan as a host nation for one of their elite tournaments. By allocating a major global event to Pakistan, the ICC has expressed complete confidence and faith in our management and operational capabilities and skills,” he said. 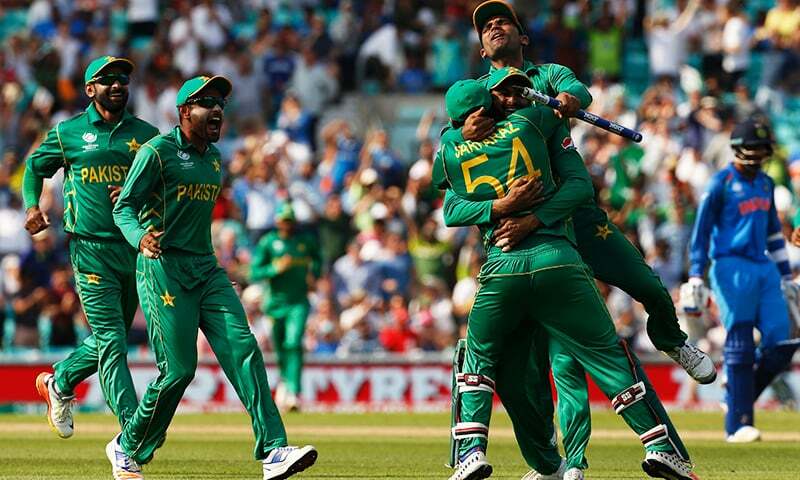 “We have continued to demonstrate how a great host we are and through the ICC Champions Trophy 2025, we will again showcase our passion and love for the sport as this event will be a boon to the millions of home fans, who will see world class teams and their favourite international players from close quarters,” he added.

“We not only endeavor to plan and deliver a world-class event, we will also prepare and field a strong and formidable side that can perform and entertain our home fans. We saw during the ICC Men’s T20 World Cup campaign how the nation got united and the ICC Champions Trophy 2025 at home will be another opportunity to further strengthen that bond as we defend the title,” Raja said.